Best chocolate in the world 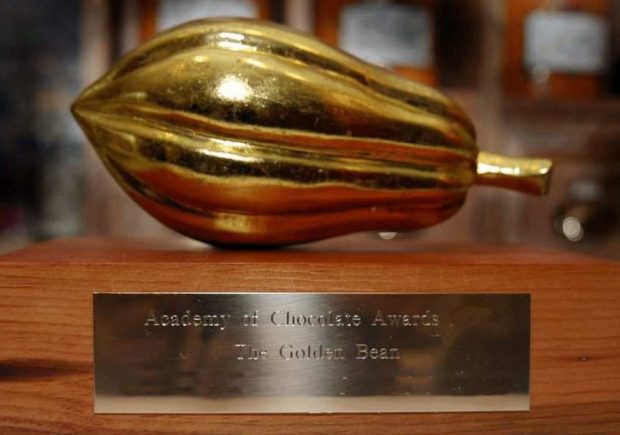 Almonte’s tiny Hummingbird Chocolate company has been awarded the best bean-to-bar chocolate in the world.

At a ceremony put on by the Academy of Chocolate in London on the weekend, Hummingbird’s Hispaniola bar beat out 14 other world gold winners to win the coveted “Golden Bean” award, the first Canadian company to win the prestigious award.

“We thought it was so unlikely that we would win, we had entirely forgotten about the awards ceremony,” said Erica Gilmour, who started the company with her husband, Drew, in 2011. “When we found out the night before that we had won, we wished we could have hopped on a plane to London.”

The award, a golden bean on a pedestal, will be shipped to the Gilmours.

Their Hispaniola bar, made with organic cacao beans from the Dominican Republic, beat out such world chocolate heavyweight companies as Akesson’s of England, Amedei of Italy and Michel Cluizel of France. More than 580 different chocolates from around the world were entered in the first stage of the competition, in the spring, and were judged by more than 40 chocolate experts. In addition to Gold for its Hispaniola bar, Hummingbird also won three silvers and a bronze at those awards.

While Hummingbird now makes bars from several different countries, it was cacao beans from Hispaniola, the Caribbean island that includes Haiti and the Dominican Republic, that first convinced Drew Gilmour, a former aid worker, that they should try making chocolate.

“What I love about this award is that these were the first beans we ever made chocolate from, in our basement,” said Erica Gilmour on Monday. “I guess we have an intimate knowledge of them.”

The Academy of Chocolate said in a news release that a record 14 gold-medal winners shows “just how much the quality of bean-to-bar (chocolate) has improved.

“Out of this impressive line up of great chocolates, the Golden Bean went to the highest scoring entry, Hummingbird Chocolate’s Hispaniola 70% (which was) universally praised by the jury.”

“While we have had a hand in things, good chocolate is all about great beans,” said Drew Gilmour. “That’s why we are so grateful for the outstanding cacao grown by farmers in northern Dominican Republic.”

The company has repeatedly outgrown its manufacturing spaces and recently moved in Almonte to the 2,000-square-foot former home of Equator Coffee, another Ottawa Valley company devoted to paying farmers more than fair trade prices.

Hummingbird chocolate bars are now carried by about 50 Ottawa-area stores.